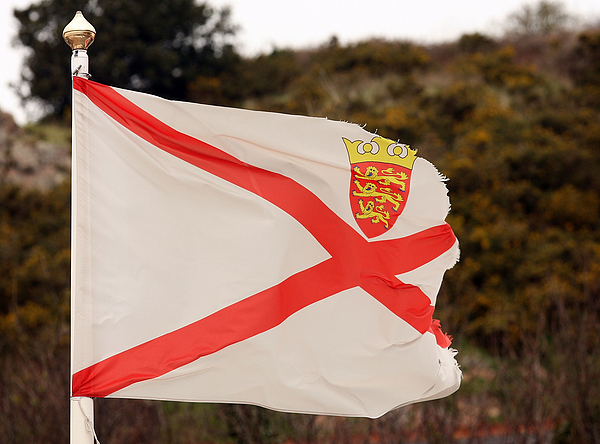 JERSEY, UNITED KINGDOM - MARCH 02: A tattered Jersey flag flies over Gorey Harbour on March 2, 2008 in Jersey, Channel Islands. Britain's most southerly island - Jersey is located 100 miles south of mainland Britain and 14 miles from the coast of France. Jersey measures nine miles by five and is one of The Channel Islands which are British Crown Dependencies but are not part of the United Kingdom. Tourism, banking and finance are the mainstays of the economy. (Photo by Peter Macdiarmid/Getty Images)