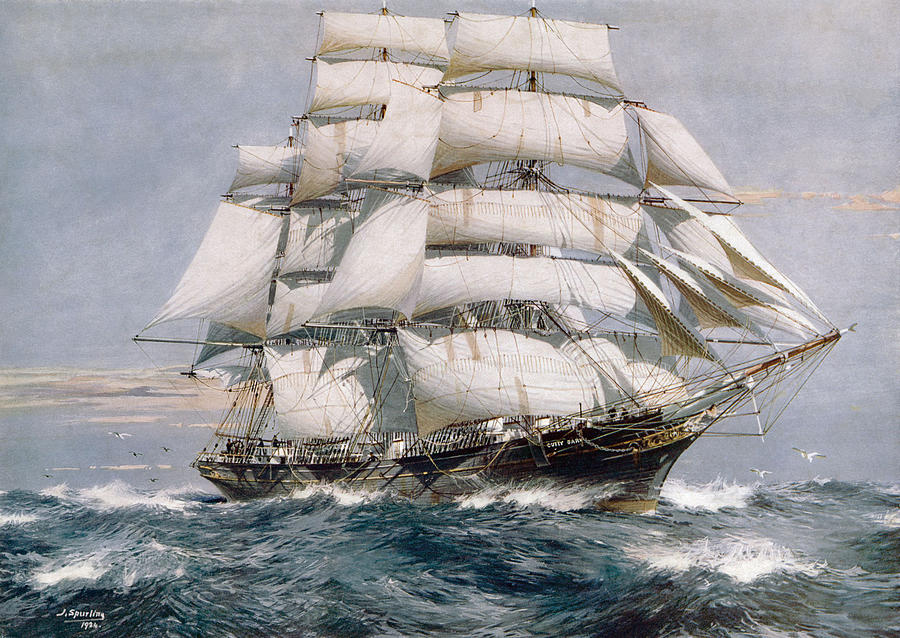 1924: Tea clipper Cutty Sark at sea as a training ship. The ship, built at Scott and Linton's Dumbarton shipyards in 1869, was designed to sail to China for tea but when the Suez Canal was opened the route was more suited to steamships. The 'Cutty Sark' was then modified for use in the Australian wool trade. She was bought by Captain Wilfred Harry Dowman in the 1920s, who remembered her outracing a steamer in 1894, and restored to her original glory. The 'Cutty Sark' can now be seen in dry dock at Greenwich, London. Original Artwork: Engraving after a painting by Jack Spurling. (Photo by Hulton Archive/Getty Images)