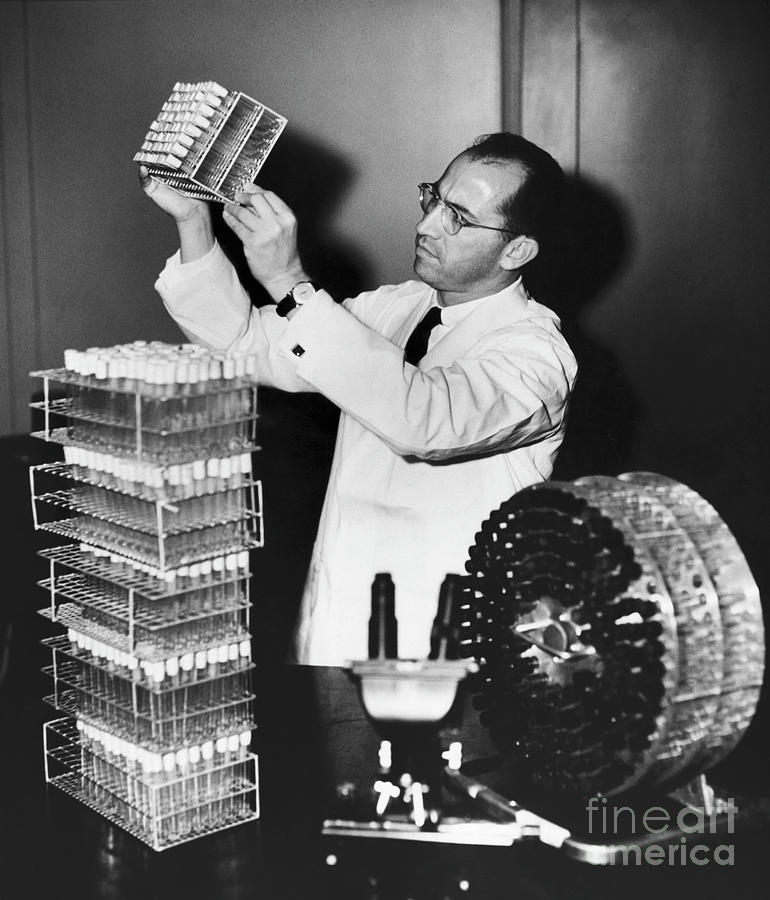 (Original Caption) Dr. Jonas Salk, discoverer of the polio vaccine which has been used in mass experiments in the United States, is shown in his office. Dr. Salk's vaccine, which combats the polio germ and is declared up to 80-90% effective in preventing paralytic polio, marks the culmination of over one year of hard work. Undated photo circa 1950s.