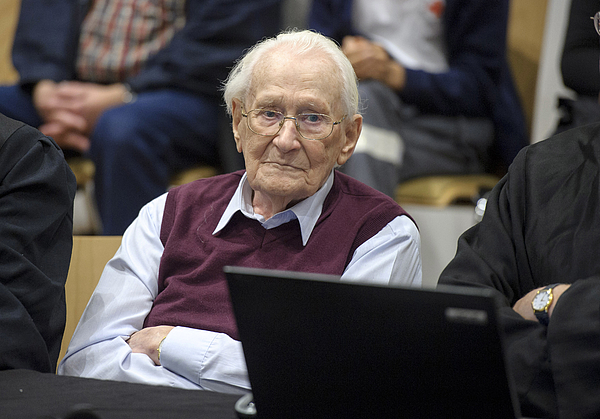 LUNEBURG, GERMANY - JULY 15: Oskar Groening, 94, a former member of the Waffen-SS who worked at the Auschwitz concentration camp during World War II, awaits the verdict in his trial on July 15, 2015 in Lueneburg, Germany. Groening was accused of complicity in the murder of 300,000 mostly Hungarian Jews at Auschwitz in 1944. He worked as an accountant for the SS at Auschwitz and has admitted moral and personal responsibility for his role there. Groening has been convicted of being an accessory to murder, and sentenced to four years in prison. (Photo by Hans-Jurgen Wege - Pool/Getty Images)