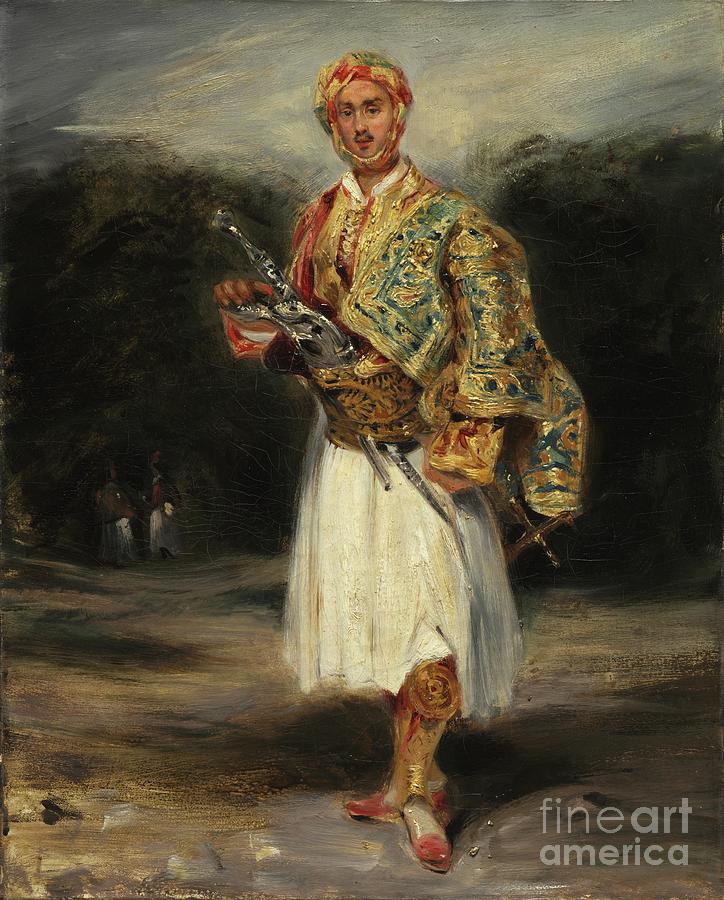 Count Demetrius de Palatiano in Suliot Costume, not dated. The Greek war of independence in the 1820s was a source of great interest for the rest of Europe. The exotic costumes of Greek soldiers, or Palikares, were popular subjects for artists. Count Palatiano was a flamboyant Greek aristocrat who often posed for Delacroix and his colleagues in Paris. Creator Francesco Bartolozzi (British, 1727-1815). (Photo by Heritage Arts/Heritage Images via Getty Images)