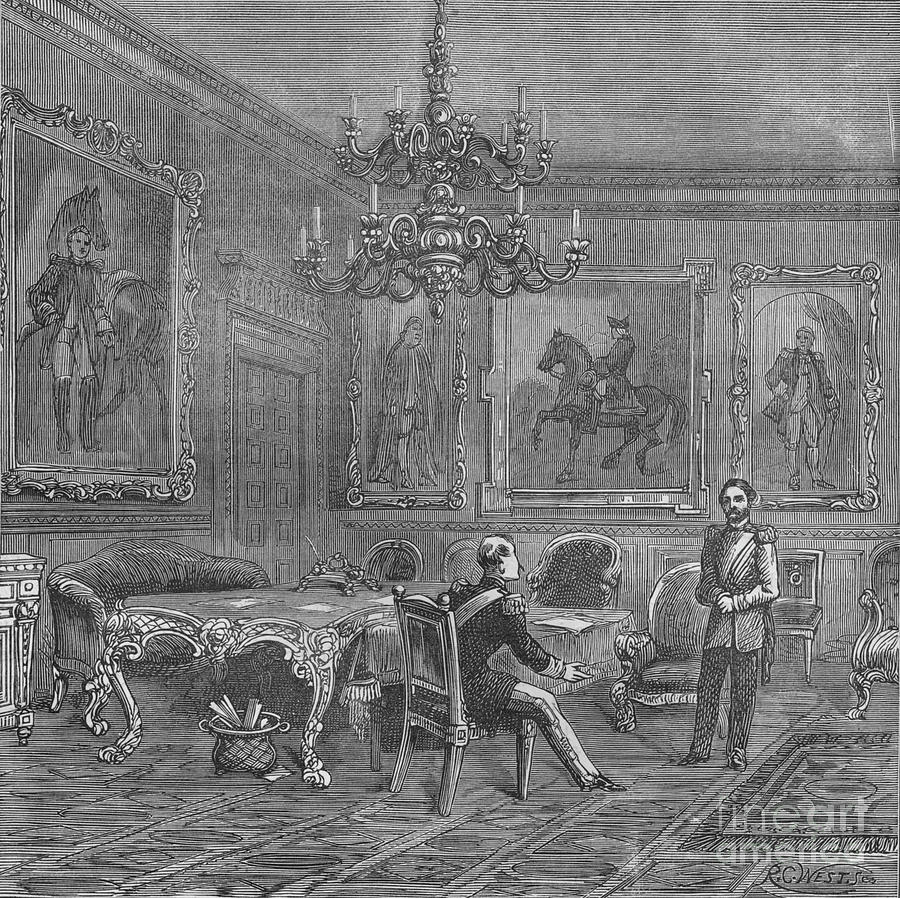 Council Chamber, St James's Palace, Westminster, London' (c1840), from 'Old and New London Illustrated, Vol IV,' by Edward Walford (Cassell Petter & Galpin, London, Paris & New York), 1878. Situated on the Mall just to the north of St James's Park, St James's Palace was commissioned by Henry VIII. It became the official London residence of the monarch in 1698, but lost that status after being damaged by fire in 1809. Today the palace remains the formal base of the Royal Court and is the residence of the Princess Royal and Princess Alexandra. (Photo by The Print Collector/Print Collector/Getty Images)