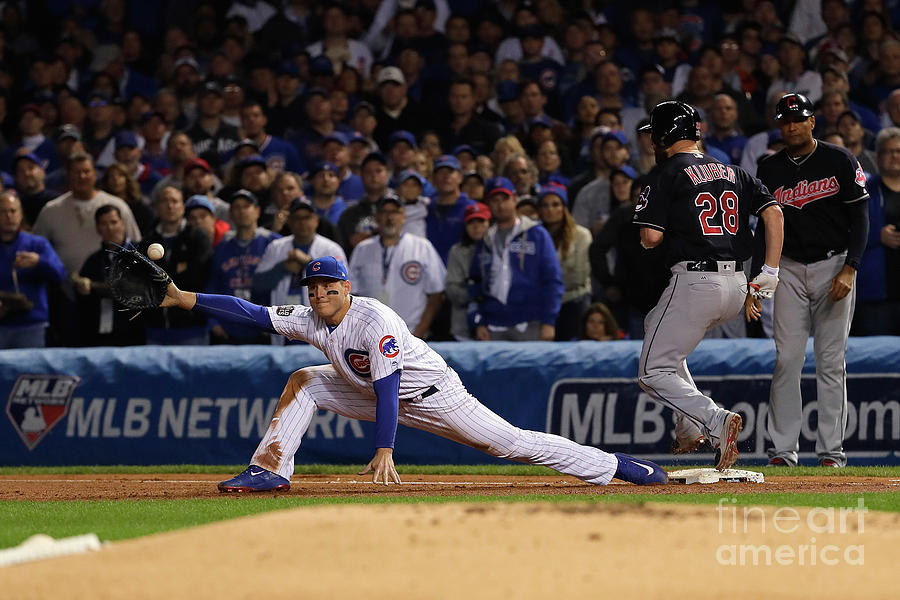 CHICAGO, IL - OCTOBER 29: Anthony Rizzo #44 of the Chicago Cubs attempts to catch a throw from Kris Bryant #17 as Corey Kluber #28 of the Cleveland Indians reaches first base for a single in the second inning in Game Four of the 2016 World Series at Wrigley Field on October 29, 2016 in Chicago, Illinois. (Photo by Jamie Squire/Getty Images)