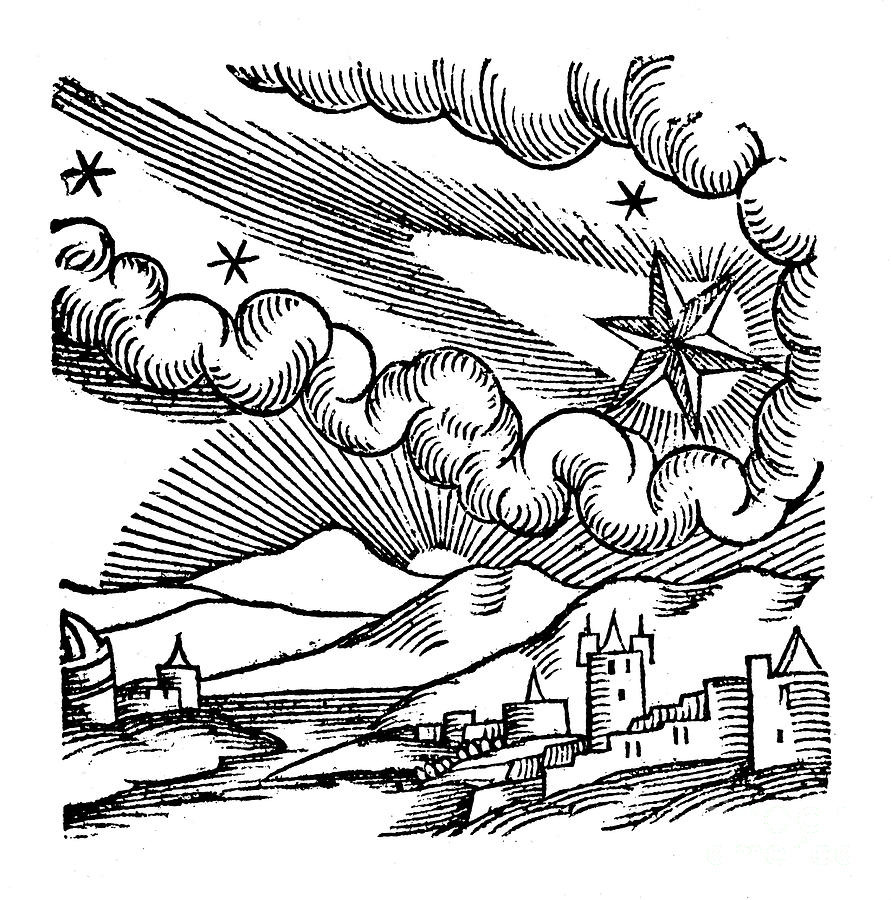 Comet of 1456 (Halley), 1557. The English astronomer, Edmond Halley (1656-1742) was the first to suggest that appearances of bright comets every 76 years were in fact sightings of the same comet. Halley predicted it would return in 1758. The comet duly reappeared as he had said it would, albeit long after his death, and is named in his honour. At this appearance in 1456 the comet was excommunicated by Pope Calixtus III. From Prodigioum ac ostentorum chronicon by Conrad Lycosthenes. (Basel, 1557). (Photo by Ann Ronan Pictures/Print Collector/Getty Images)