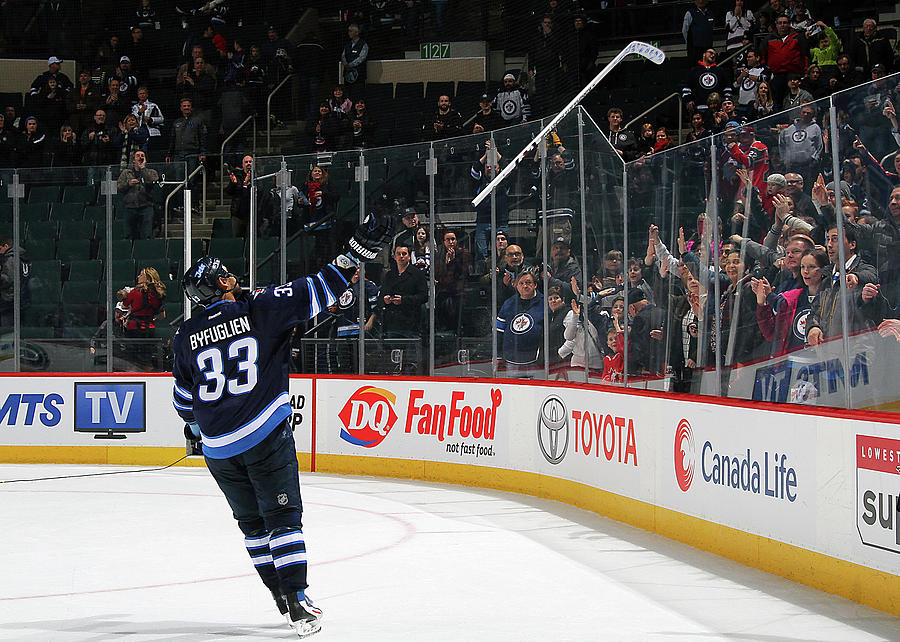 WINNIPEG, CANADA - FEBRUARY 8: Dustin Byfuglien #33 of the Winnipeg Jets tosses his stick over the glass to fans following a 5-3 victory over the Colorado Avalanche on February 8, 2015 at the MTS Centre in Winnipeg, Manitoba, Canada. Byfuglien was named the second star of the game. (Photo by Jonathan Kozub/NHLI via Getty Images)