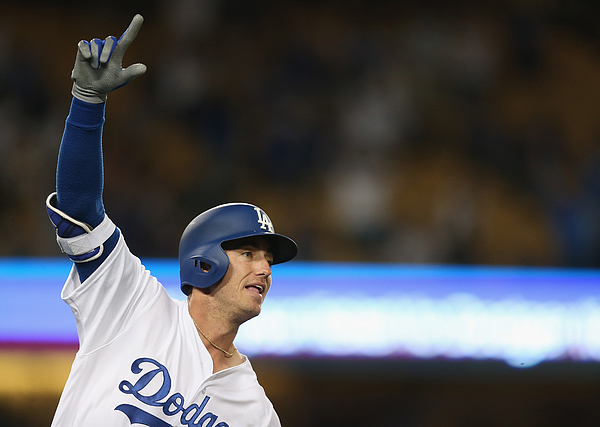 LOS ANGELES, CA - APRIL 29: Cody Bellinger #35 of the Los Angeles Dodgers celebrates as he runs to first base after hitting a solo home run in the ningh inning against the Philadelphia Phillies at Dodger Stadium on April 29, 2017 in Los Angeles, California. It was Bellingers second home run of the night with the first being his first Major League home run. It was also the second of three home runs in a row to lead off the ninth and bring the Dodgers back to tie the game at 5-5. The Dodgers went on to win 6-5. (Photo by Stephen Dunn/Getty Images)