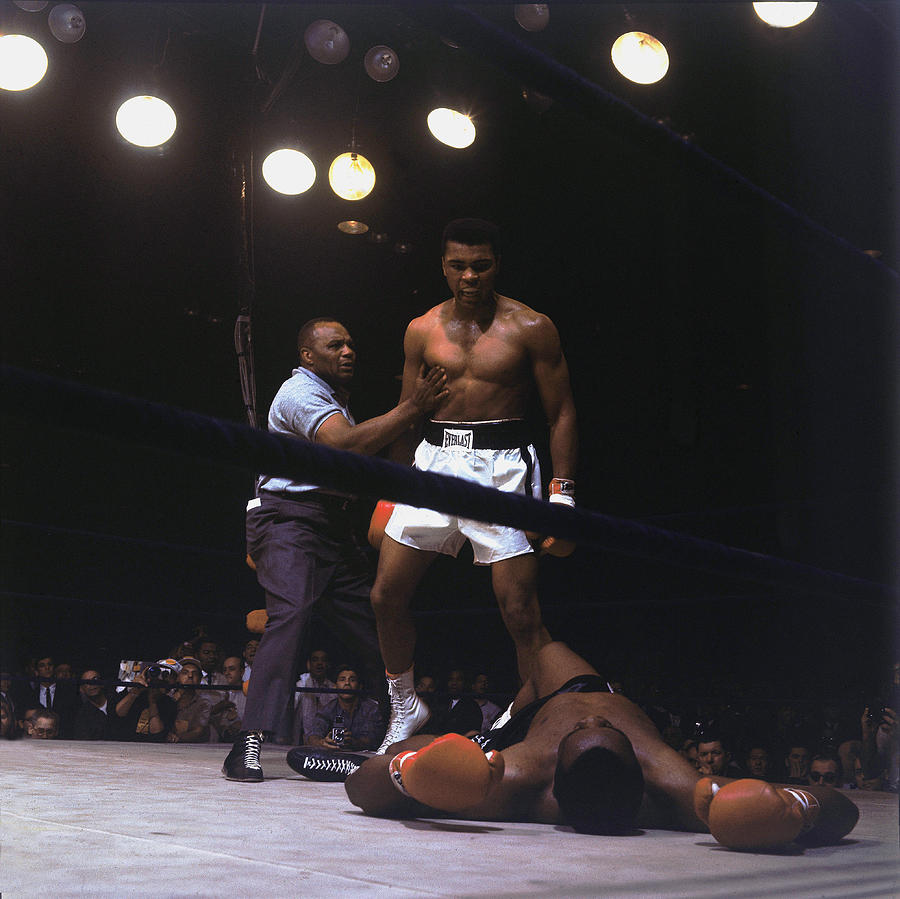 American boxer Muhammad Ali (then known as Cassius Clay) (center, in white shorts), stands over the body of felled opponent Sonny Liston (1932 - 1970) during the first round of their rematch, Lewiston, Maine, May 25, 1965. Referee (and former boxer) Jersey Joe Walcott (1914 - 1994) tries to manouvered Ali back to his corner. Ali had won the first match to claim the World Heavyweight championship and went on the win the second as well, retaining the title. (Photo by George Silk/The LIFE Picture Collection/Getty Images)