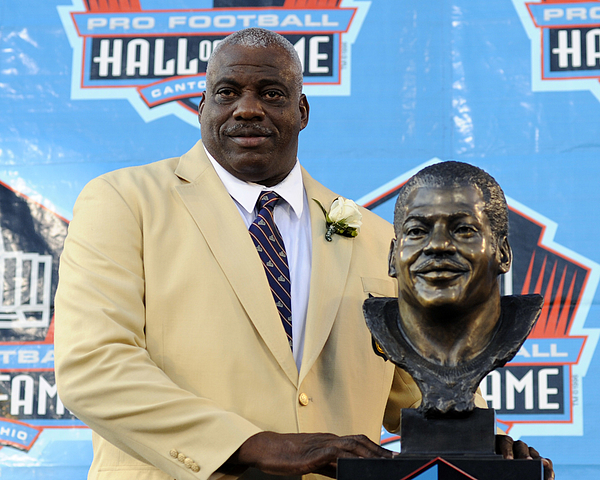 CANTON, OH - AUGUST 2: Fred Dean formerly of the San Diego Chargers and San Francisco 49ers poses with his bust after his induction during the Class of 2008 Pro Football Hall of Fame Enshrinement Ceremony at Fawcett Stadium on August 2, 2008 in Canton, Ohio. (Photo by Al Messerschmidt/Getty Images)