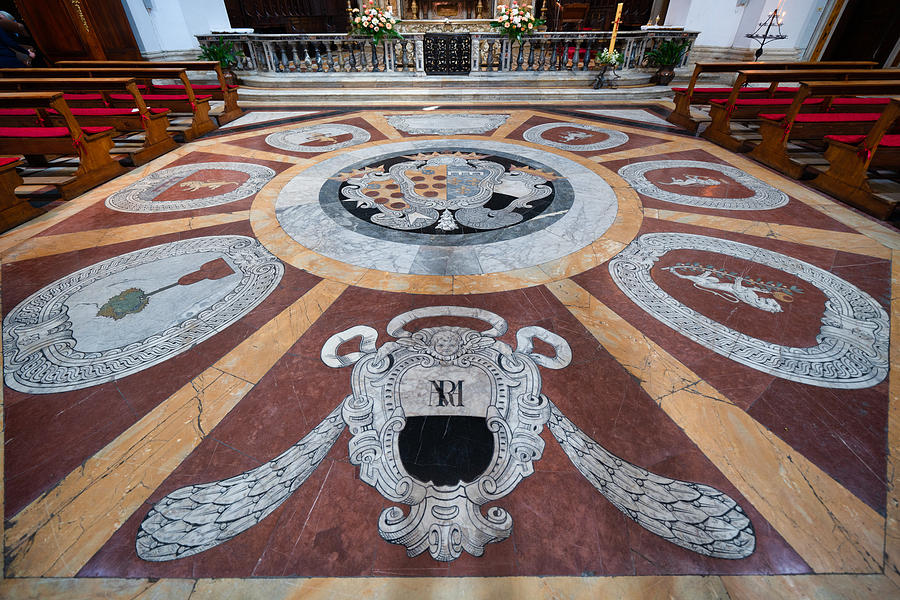 Siena, Tuscany, Italy, June, 1, 2019: The Insigne Collegiata of Santa Maria in Provenzano is located in the district called Provenzano, named after the famous 13th century Sienese military leader Provenzano Salvani, mentioned by Dante Alighieri in the Divine Comedy. In the picture the polychrome marble decoration of the floor under the dome, depicting in the center the coats of arms of the Grand Dukes of Tuscany Cosimo III de' Medici and Margherita Luisa d'Orléans, surrounded clockwise by those of the cities bishop's seats in the territory of the ancient Republic of Siena: Grosseto, Sovana, Pienza, Montalcino, Massa Marittima and Chiusi.