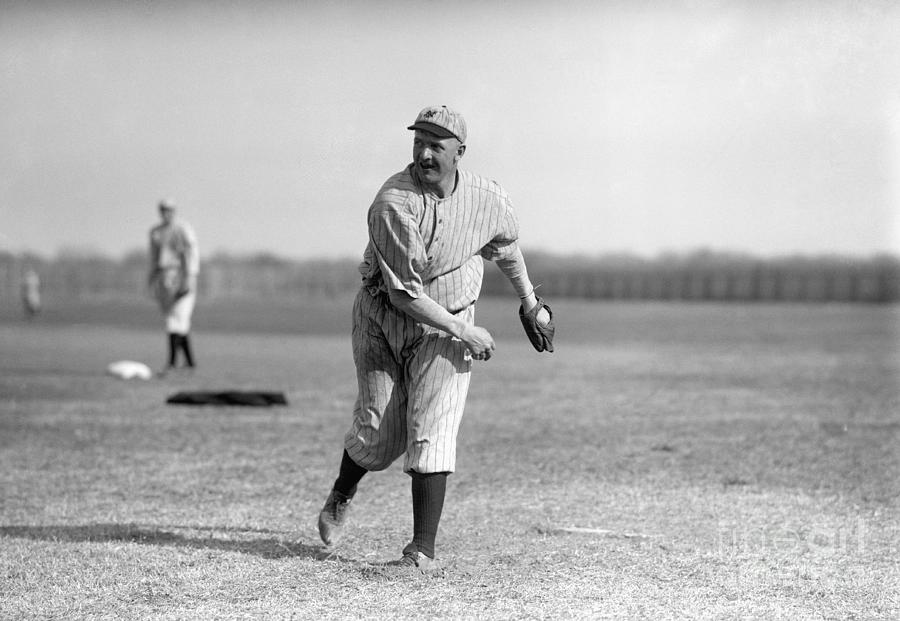 (Original Caption) 1916-Marlin, Texas- Christy Mathewson, one of the "grand old men" of baseball, photographed at the Spring Training Camp" at Marlin, TX. Early reports would seem that "Matty's" good old "soup-bone" which has not been "right" for several seasons is now in good condition and that "Big Six" will be a big factor in the coming pennant race.