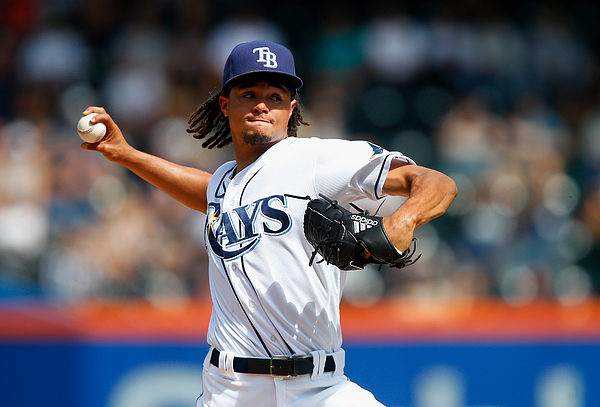 NEW YORK, NY - SEPTEMBER 13: Chris Archer #22 of the Tampa Bay Rays in action against the New York Yankees at Citi Field on September 13, 2017 in the Flushing neighborhood of the Queens borough of New York City. The Yankees defeated the Rays 3-2. The two teams were scheduled to play in St. Petersburg, Florida but due to the weather emergency caused by Hurricane Irma, the game was moved to New York, but with Tampa Bay remaining the 'home' team. (Photo by Jim McIsaac/Getty Images)