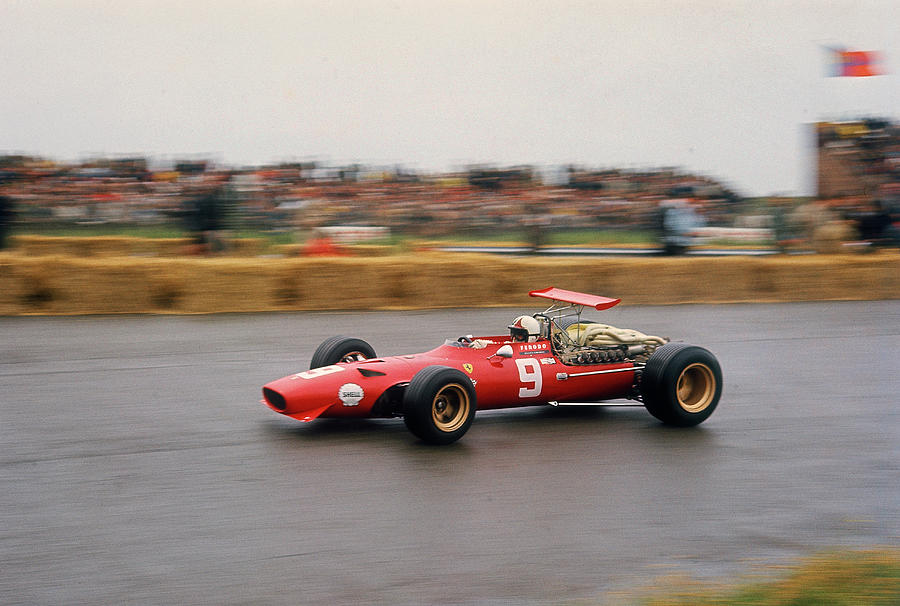 Chris Amon in a Ferrari V12, Dutch Grand Prix, Zandvoort, 1968. Having qualified in pole position, he finished the rain-affected race in 6th place. New Zealander Chris Amon drove in 108 Grands Prix between 1963 and 1976, having a reputation for terrible luck, with his best finishes being second on three occasions. (Photo by National Motor Museum/Heritage Images/Getty Images)