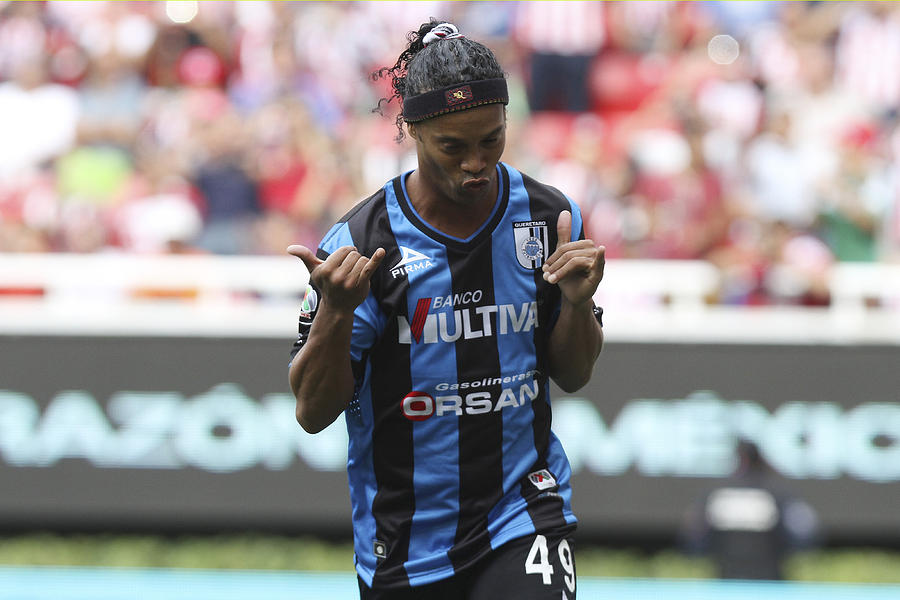 GUADALAJARA, MEXICO - SEPTEMBER 21: Ronaldinho of Queretaro celebrates after scoring the opening goal from the penalty spot during a match between Chivas and Queretaro as part of 9th round Apertura 2014 Liga MX at Omnilife Stadium on September 21, 2014 in Guadalajara, Mexico. (Photo by Refugio Ruiz/LatinContent/Getty Images)