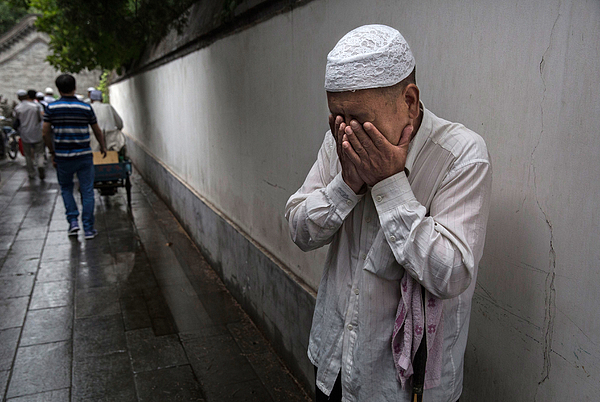 BEIJING, CHINA - JULY 17: A Chinese Muslim of the Hui ethnic minority who was begging for alms prays after the last Friday prayers of the holy fasting month of Ramadan at the historic Niujie Mosque on July 17, 2015 in Beijing, China. The Hui Muslim population fast from dawn until dusk during Ramdan and they are believed to number more than 20 million across the country. (Photo by Kevin Frayer/Getty Images)