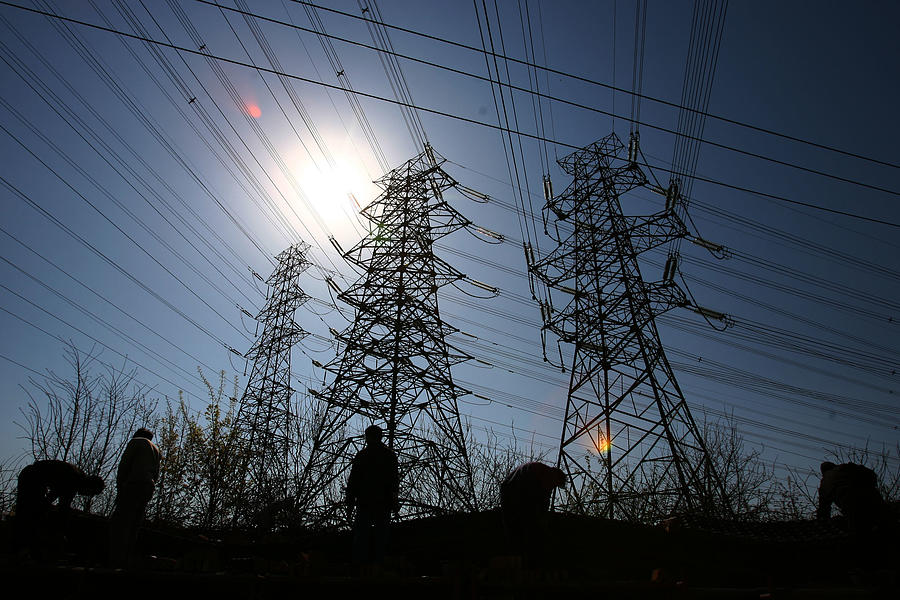 BEIJING, CHINA - APRIL 8: (CHINA OUT) Workers are shown near electric transmission pole towers April 8, 2007 in Beijing, China. China generated 16.6 percent more energy in the first two months of 2007 over the same period last year, according to data released by the China Electricity Council (CEC). The CEC noted that energy use for all of 2006 increased 13.99 percent over 2005. (Photo by China Photos/Getty Images)