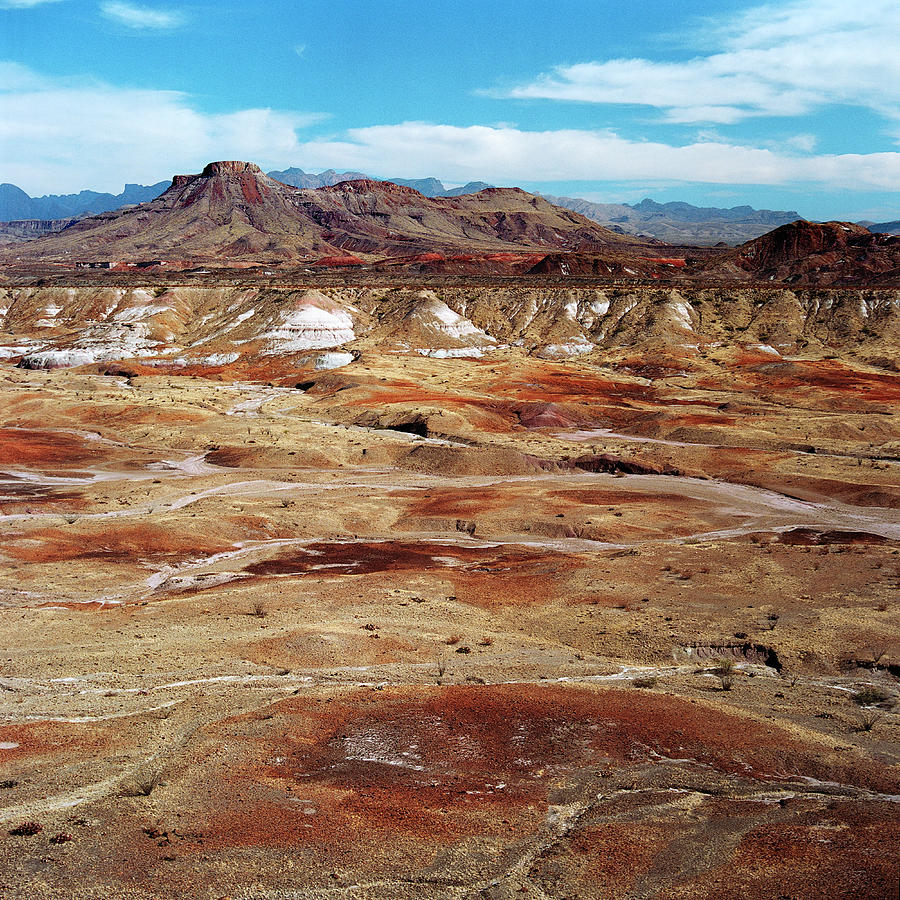 View of the Chihuahuan Desert in Big Bend N.P., Texas, USA that straddles the U.S.-Mexico border in the central and northern portions of the Mexican Plateau. It is bordered on the west by the extensive Sierra Madre Occidental range, along with overlaying northern portions of the Sierra Madre Oriental. On the U.S. side it occupies central and southern New Mexico, the portion of Texas west of the Pecos River, and southeastern Arizona. The Chihuahuan Desert may be the most biologically diverse desert in the world, whether measured on species richness or endemism. With an area of about 362,000 km2 (139,769 sq mi), it is the third largest desert of the Western Hemisphere and the second largest in North America.