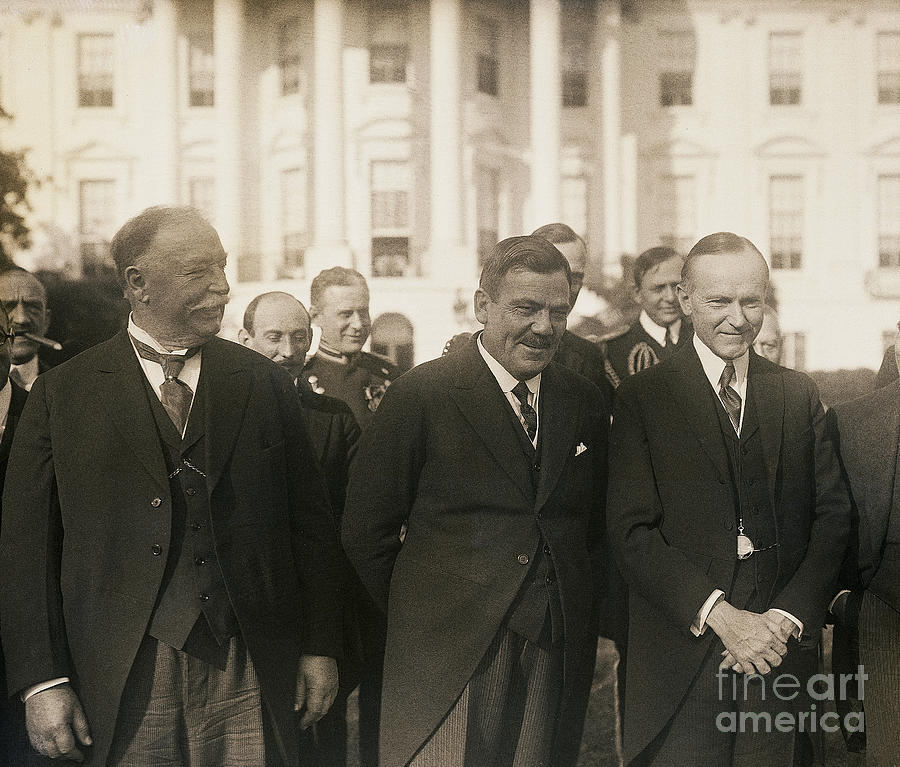 (Original Caption) Washington, DC-Left to right: Honorable William H. Taft, Chief Justice of the Supreme Court; General Plutarco Elias Calles, President-elect of Mexico; and President Calvin Coolidge, pose on the White House lawn. When the photographer asked them to stand closer together. mr. Taft remarked to Mr. Coolidge that if they did they would be apt to squeeze Mexico out, which they would never do. Hence the smiles. Filed 1925.