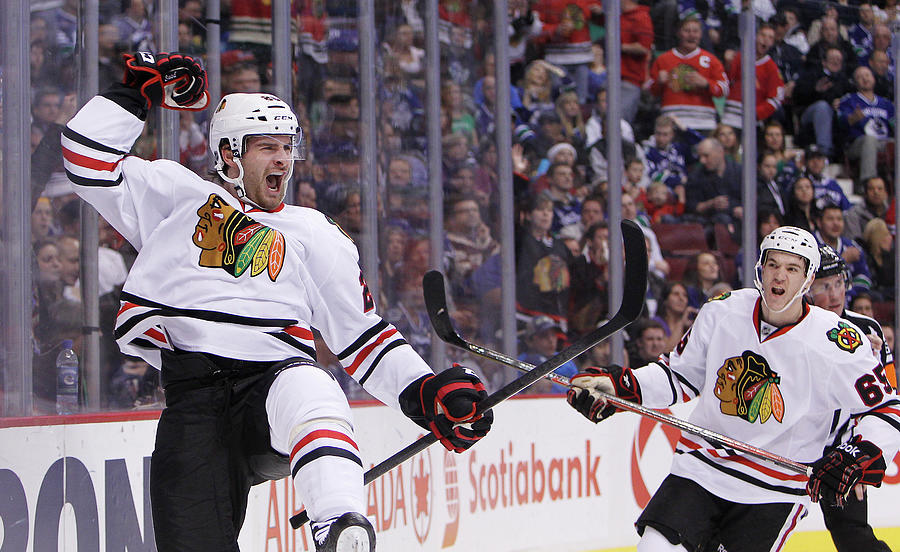 VANCOUVER, BC - JANUARY 29: Brandon Saad #20 of the Chicago Blackhawks celebrates his goal against the Vancouver Canucks near teammate Adrew Shaw #65 during the second period of their NHL game at Rogers Arena on January 29, 2014 in Vancouver, British Columbia, Canada. (Photo by Ben Nelms/Getty Images)