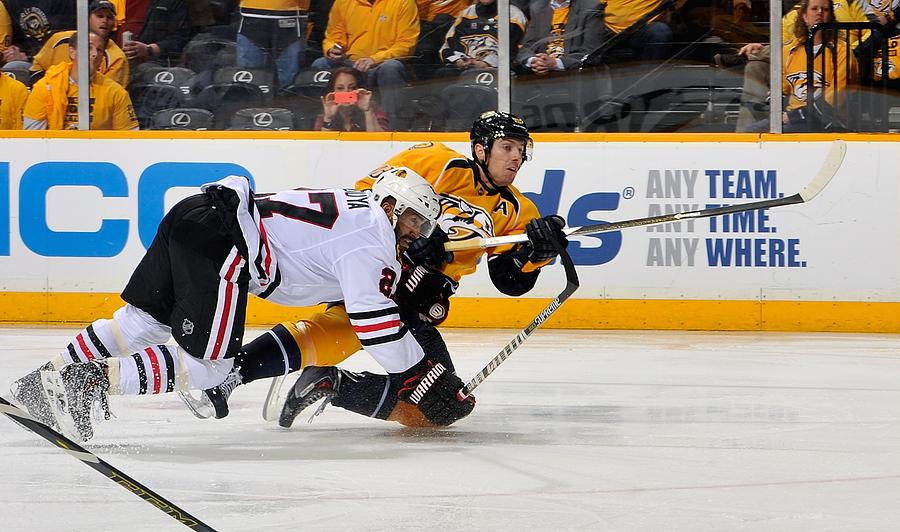 NASHVILLE, TN - APRIL 15: Johnny Oduya #27 of the Chicago Blackhawks collides with James Neal #18 of the Nashville Predators during the first overtime period of Game One of the Western Conference Quarterfinals during the 2015 NHL Stanley Cup Playoffs at Bridgestone Arena on April 15, 2015 in Nashville, Tennessee. (Photo by Frederick Breedon/Getty Images)