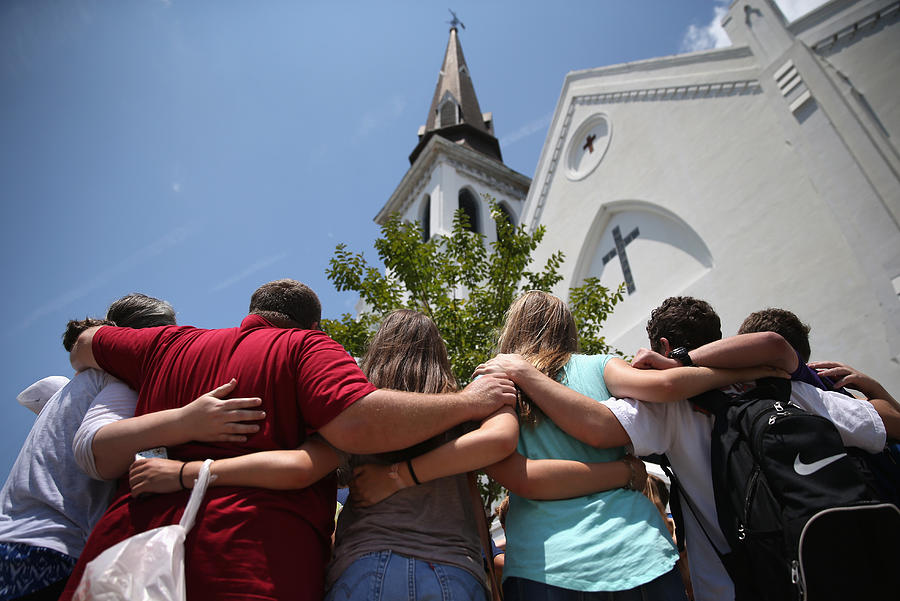 CHARLESTON, SC - JULY 17: A church youth group from Dothan, Alabama prays in front of the Emanuel AME Church on the one-month anniversary of the mass shooting on July 17, 2015 in Charleston, South Carolina. Visitors from around the nation continue to visit a makeshift shrine in front of the church, in a show of faith and solidarity with "Mother Emanuel", as the church is known in Charleston. Nine people were allegedly murdered on June 17 by 21-year-old white supremacist Dylann Roof, who was captured by police in North Carolina the following day. He is scheduled to go to trial July 11, 2016.(Photo by John Moore/Getty Images)