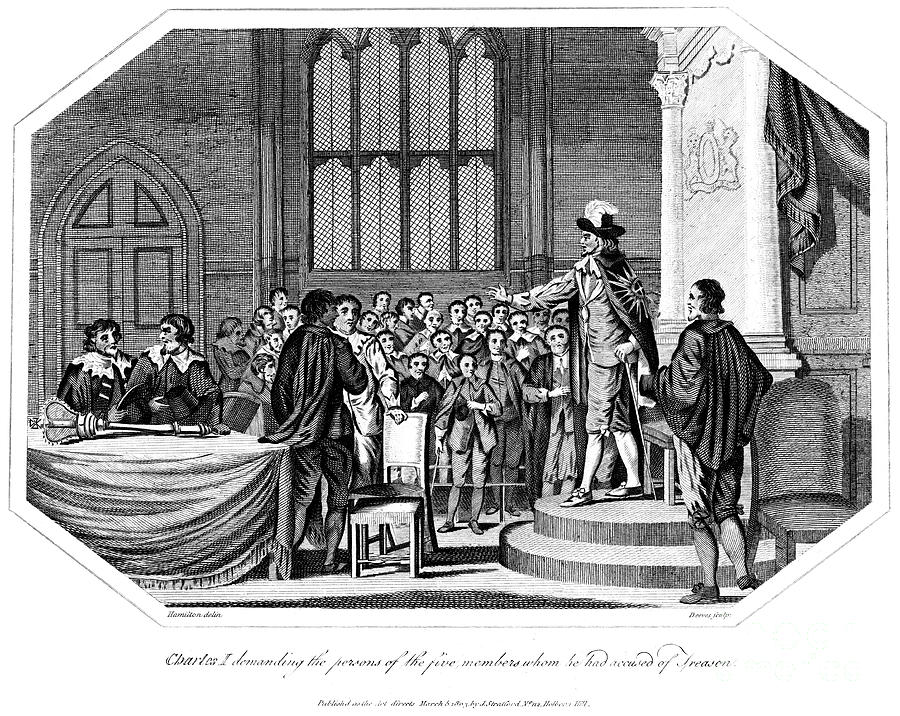 Charles I Demanding That The Five

Charles I Demanding That The Five

King Charles I (1600-649) demanding that the five members he accused of treason be handed over to him, 1803. Charles I was King of England, Scotland and Ireland from 1625 until his execution in 1649. He famously engaged in a struggle for power with the Parliament of England, indeed many feared he was attempting to gain absolute power. His last years were marked by the English Civil War. Charles was defeated in the first Civil War (1642-1645), after which Parliament expected him to accept demands for a constitutional monarchy. He instead remained defiant by attempting to forge an alliance with Scotland and escaping to the Isle of Man. This provoked a second Civil War (1648-1649) and a second defeat for Charles, who was subsequently captured, tried, convicted, and executed for high treason. The monarchy was then abolished and a republic called the Commonwealth of England was declared. Charles's son, Charles II, became King after the restoration of the monarchy in 1660. (Photo by The Print Collector/Print Collector/Getty Images)