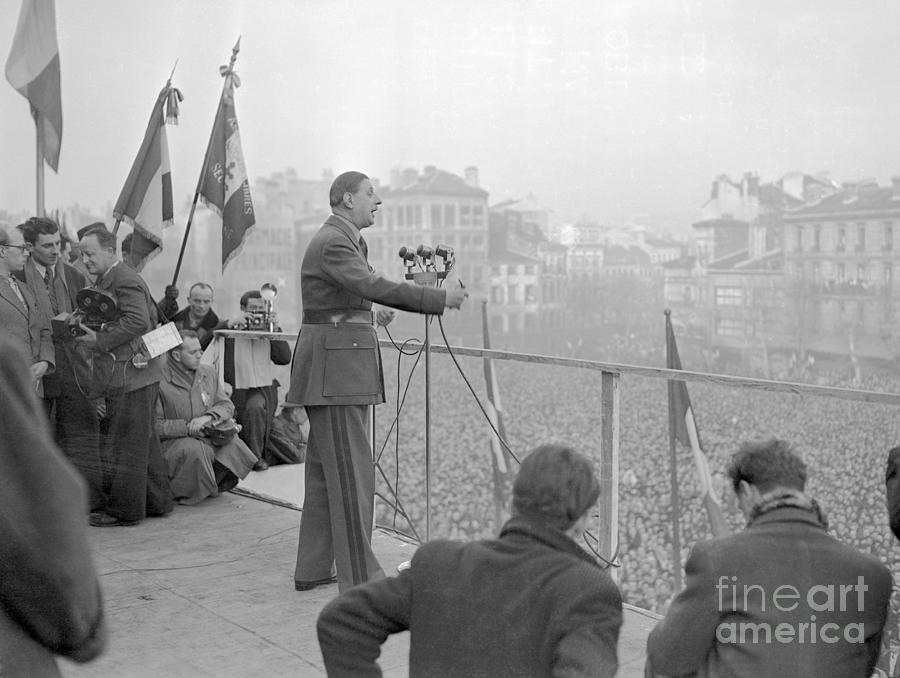 In his first public speech since his victory in the October Municipal Elections, General Charles De Gaulle tells his audience that the present government of the National Assembly can not solve the country's problems. He instead calls for new national elections and outlines a program of his own which would stabilize the economy. | Location: Saint-Etienne, France.