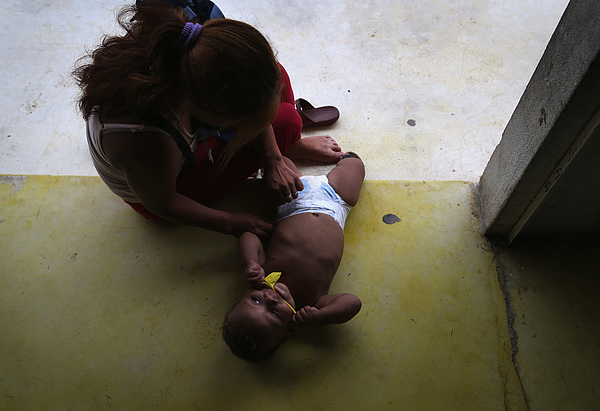 TENOSIQUE, MEXICO - SEPTEMBER 14: A Honduran migrant changes her son's diaper at a shelter for undocumented immigrants on September 14, 2014 in Tenosique, Mexico. The shelter, called La 72, is run by Fransiscan friars and is the first stop for thousands of Central American immigrants crossing through Mexico to reach the United States. Many risk riding atop "La Bestia" or The Beast, a freight train which passes through Tenosique in Mexico's southern state of Tabasco. The number of immigrants making the perilous trek has diminished from a springtime high, due to Mexican and U.S. law enforcement operations to stem the flow. (Photo by John Moore/Getty Images)