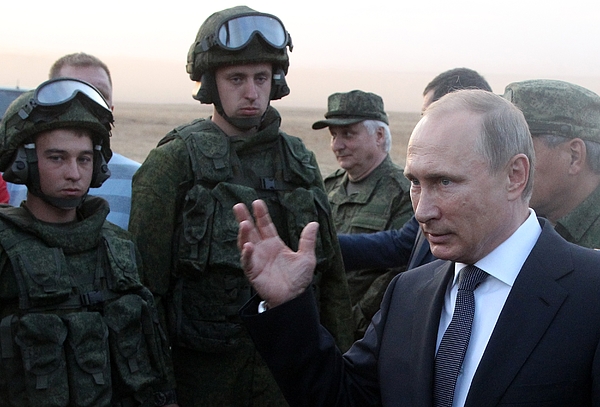 ORENBURG, RUSSIA- SEPTEMBER 19: Russian President Vladimir Putin talks to officers as he attends Russias large-scale Center-2015 military exercises at Donguzsky Range September 19, 2015 in Orenburg, Russia, The exercises, aim to contain the outbreak of an armed conflict in Central Asia. Putin said this week that it's impossible to defeat Islamic State group without support of the government of Syria and that Moscow has provided military assistance to President Bashar al-Assad's regime and will continue to do so. (Photo by Sasha Mordovets/Getty Images)