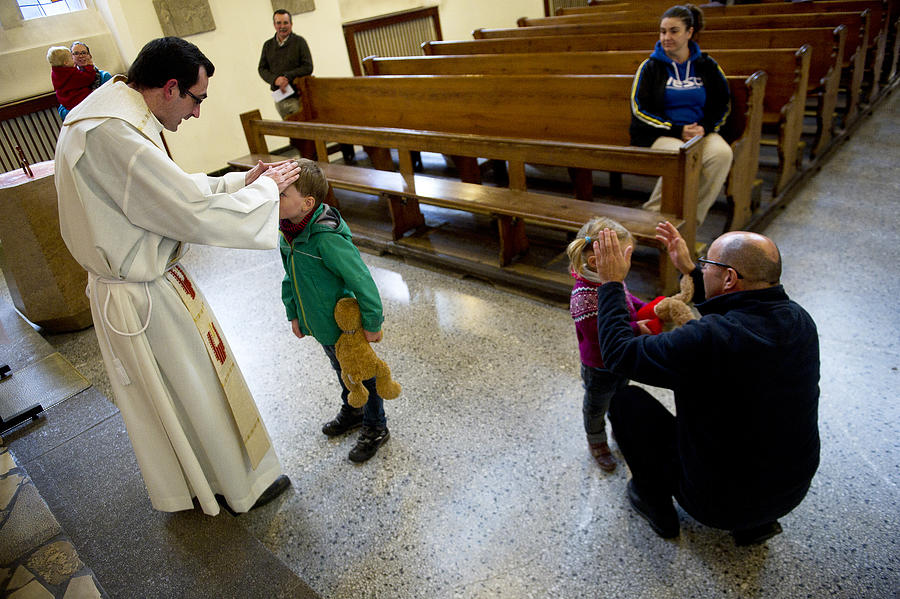 BERLIN, GERMANY - OCTOBER 19: Priest Marcio Auth blesses a child and their teddy bear during a mass for house pets and cuddly toys at catholic church 'Herz Jesu' on October 19, 2013 in Berlin, Germany. This is the first time the Catholic Church have undertaken such a mass and they will repeat it next year after it's success. 20 children along with their cuddly toys received a blessing as well as a bird, rabbit and fish. (Photo by Target Presse Agentur Gmbh/Getty Images)