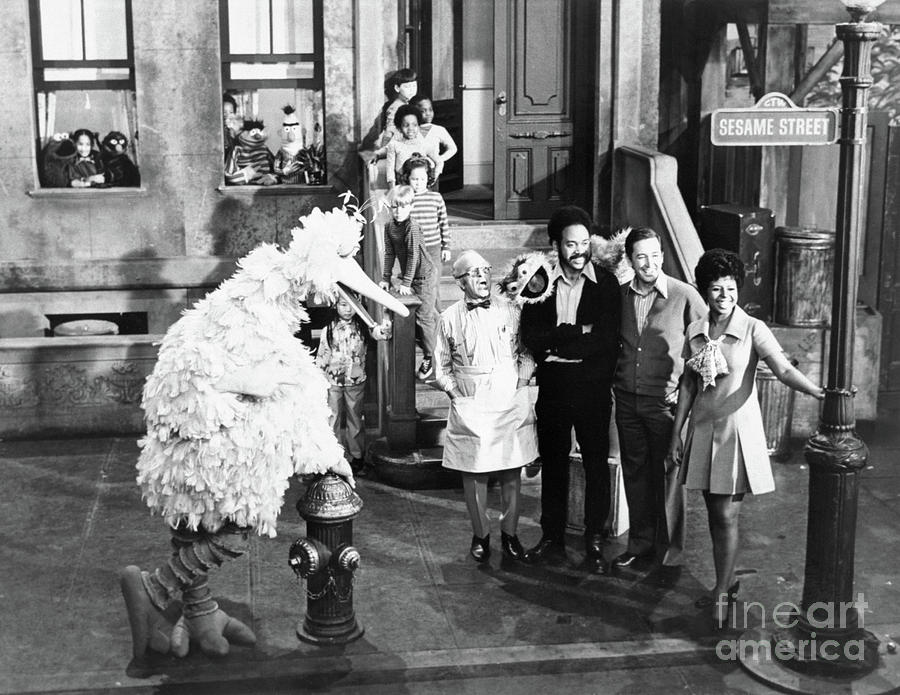 (Original Caption) 10/5/1970-New York, New York- What's the favorite address of toddlers, tots and parents -- 123 Sesame Street -- and the entire family is back for the second season of this nationally-acclaimed television series for pre-school age children which begins November 9th. Joining the Muppets and young visitors to "Sesame Street" is the official welcoming committee (left to right, foreground); Big Bird, Mr. Hoopers, Gordon and Oscar the Grouch, Bob and Susan. This year the daily show will be sen on nearly 250 TV stations across the nation as well as in several foreign countries.