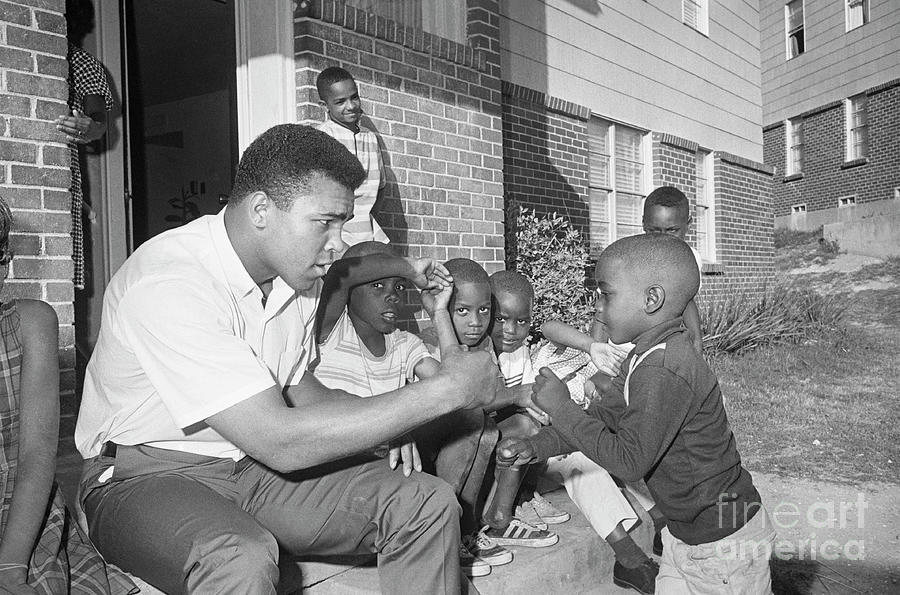 (Original Caption) Heavyweight champion Cassius Clay playfully spars with an unidentified Negro boy after Clay learned that he has won a delay in his 4/11 draft call. Clay's Louisville draft board announced that his records are being transferred to Houston, Clay's new home, and then Houston will set a new date for his draft call. Clay is in Dallas visiting local Black Muslim leaders.