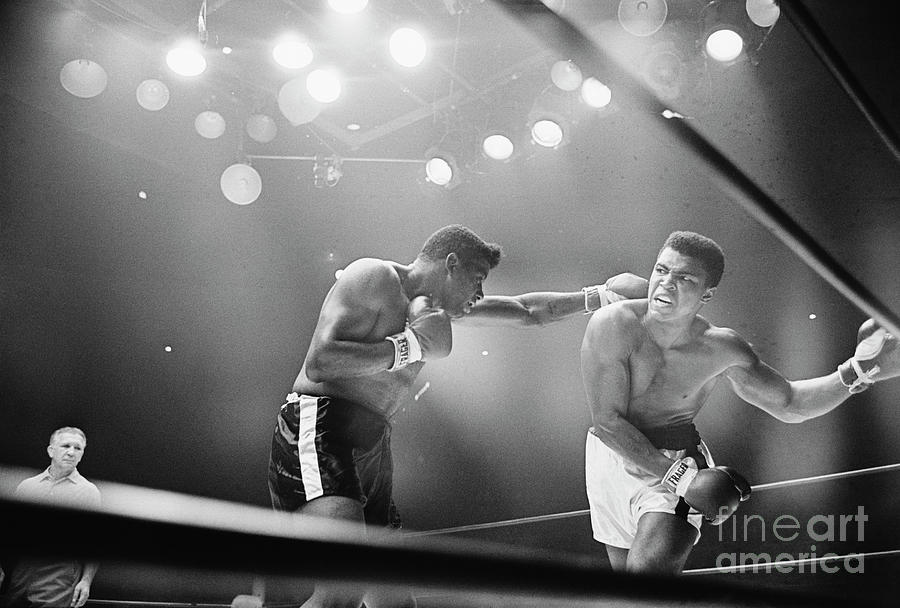 (Original Caption) 11/22/1965-Las Vegas, NV- A snarling Cassius Clay (R) ducks under a long left jab by former champion Floyd Patterson, in the Las Vegas Convention Center during the sixth round of their scheduled 15-round title bout. Clay bounced back to deck the 30-year-old Patterson later in the round for a mandatory eight count.