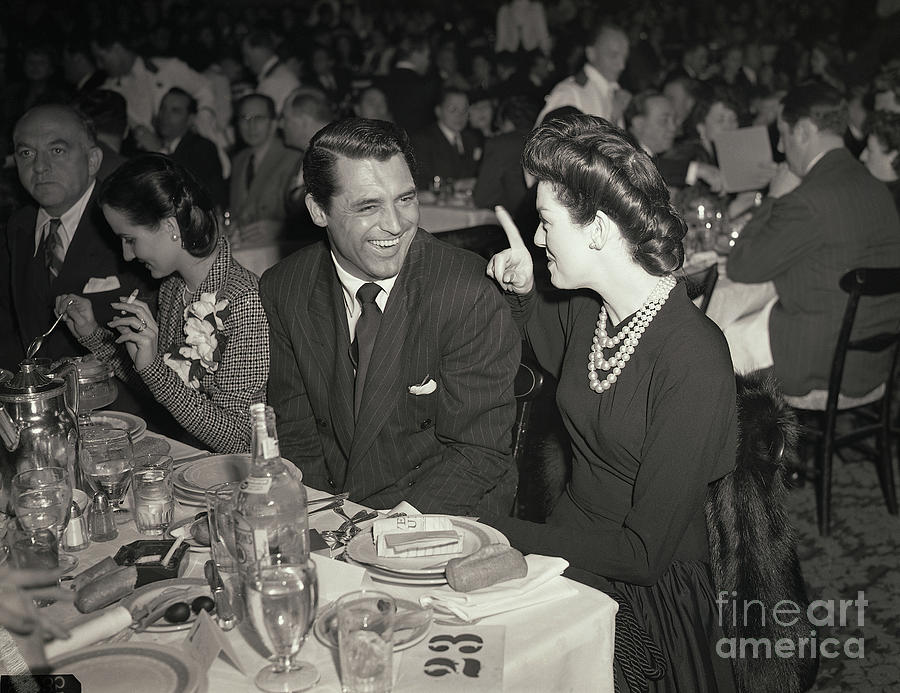 (Original Caption) 2/26/1942-Hollywood, CA-Cary Grant and Rosalind Russell are shown here attending the war crimped awards banquet of the Academy of Motion Picture Arts and Sciences. There were no evening gowns, dress suits, or dancing. Grant saw Joan Fontaine, his co-star of the Alfred Hitchcock picture Suspicion, receive the award for the best female actor of 1941. Brant had been considered for the men's award, which went to Gary Cooper for Sergeant York.