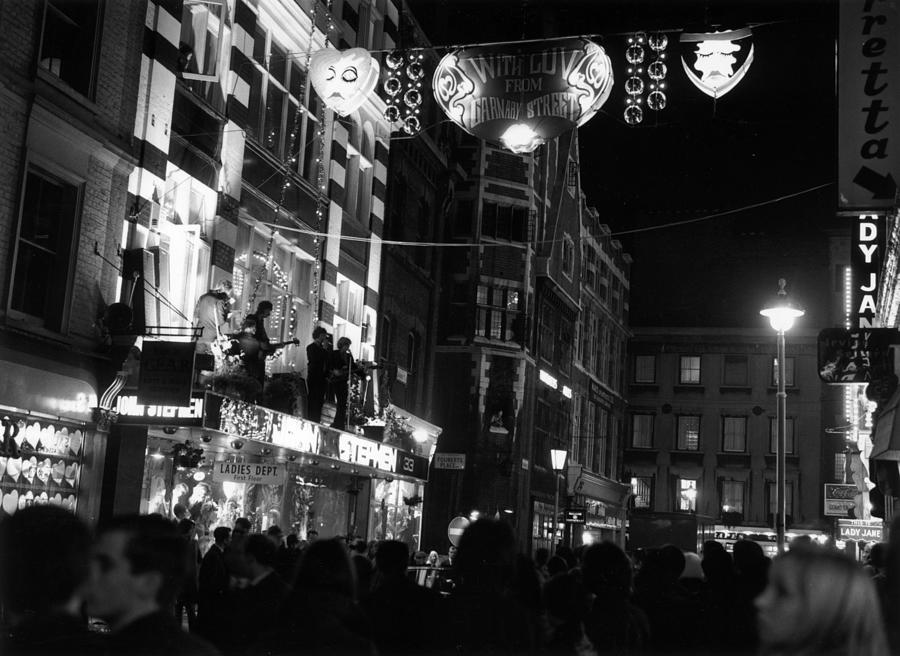 21st November 1965: A band plays at the entrance to John Stephen's department store in London's famous Carnaby Street, after the Christmas lights were switched on by comedian Stanley Baxter. The message high above the street reads 'With luv from Carnaby Street'. (Photo by Central Press/Getty Images)