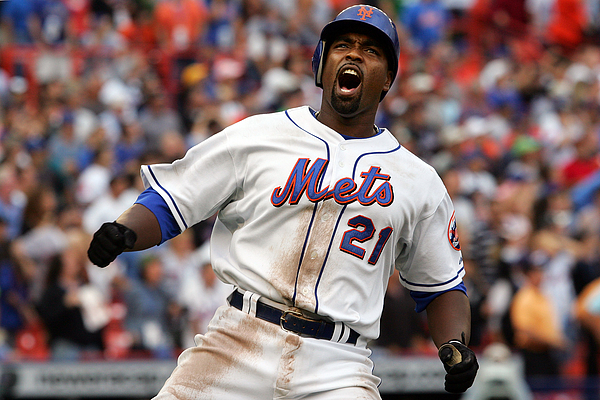 NEW YORK - SEPTEMBER 28: Carlos Delgado #21 of the New York Mets reacts after flying out in the eighth inning against the Florida Marlins during the last regular season baseball game ever played in Shea Stadium on September 28, 2008 in the Flushing neighborhood of the Queens borough of New York City. The Mets plan to start next season at their new stadium Citi Field after playing in Shea for over 44 years. (Photo by Jim McIsaac/Getty Images)