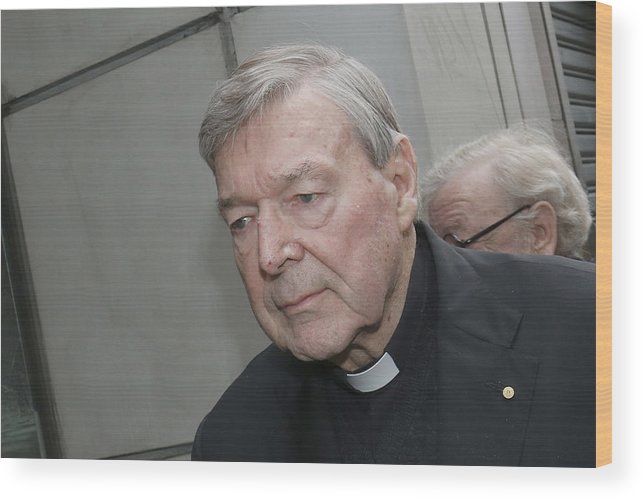 Cardinal George Pell Attends Court To Face Historical Child Abuse Charges wood print by Darrian Traynor.   Bring your artwork to life with the texture and added depth of a wood print. Your image gets printed directly onto a sheet of 3/4" thick maple wood. There are D-clips on the back of the print for mounting it to your wall using mounting hooks and nails (included).

MELBOURNE, AUSTRALIA - JULY 26: Cardinal George Pell leaves the Melbourne Magistrates Court with a heavy police guard in Melbourne on July 26, 2017 in Melbourne, Australia. Cardinal Pell was charged on summons by Victoria Police on 29 June over multiple allegations of sexual assault. Cardinal Pell is Australia's highest ranking Catholic and the third most senior Catholic at the Vatican, where he was responsible for the church's finances. Cardinal Pell has leave from his Vatican position while he defends the charges. (Photo by Darrian Traynor/Getty Images)Image provided by Getty Images.