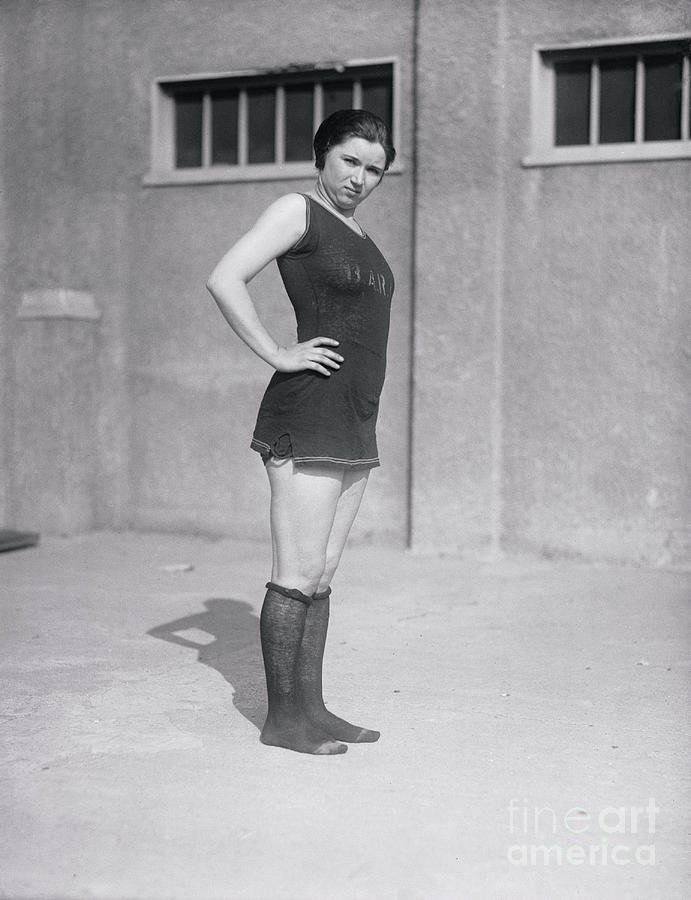 (Original Caption) Girl Nine of the Film Players Club Plays the Girl Nine of Physical Culture Club. From Nine 5th to 10th inclusive there will be a daily Ball Game at the Starlight Park, Bronx. Not an ordinary Ball Game with Babe Ruth and umpires and baseball arbitrators and that stuff, but a ball-game between girls. Film players girls and physical culture girls after their daily practice. Photo shows Capt. Ann Hyatt of the Hyatt nine of physical culture girls whose team will play the girls film players club at Starlight Park from June 5th to 10th inclusive. It may be only one game through the whole week for all we know but a bet may be made that it will be some game. Photo shows Capt. Ann Hyatt