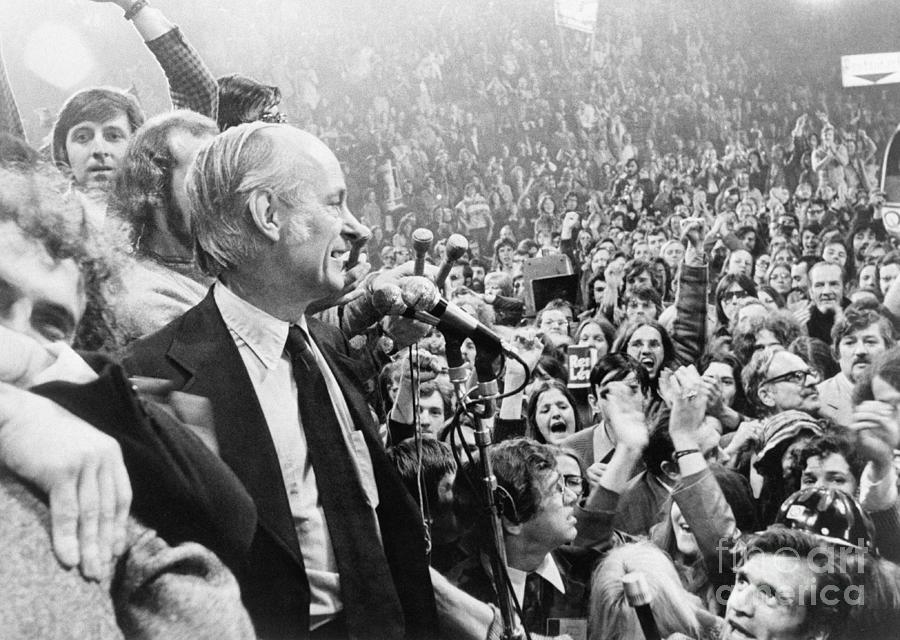 (Original Caption) Montreal, Canada: Thousands of supporters of Separatist Party Leader Rene Levesque (left) were out to greet their leader at the Paul Sauve Arena late October 29, after their party went down to a defeat at the hands of the Liberal Party. October 29, 1973.