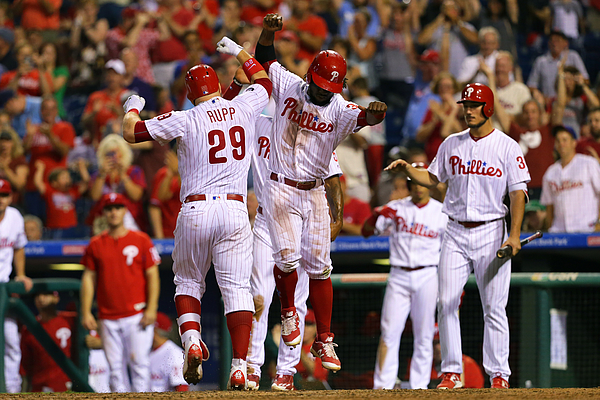 PHILADELPHIA, PA - JULY 22: Cameron Rupp #29 of the Philadelphia Phillies celebrates with Odubel Herrera #37 at home plate after hitting a three-run home run in the eighth inning during a game against the Milwaukee Brewers at Citizens Bank Park on July 22, 2017 in Philadelphia, Pennsylvania. The Brewers won 9-8. (Photo by Hunter Martin/Getty Images)