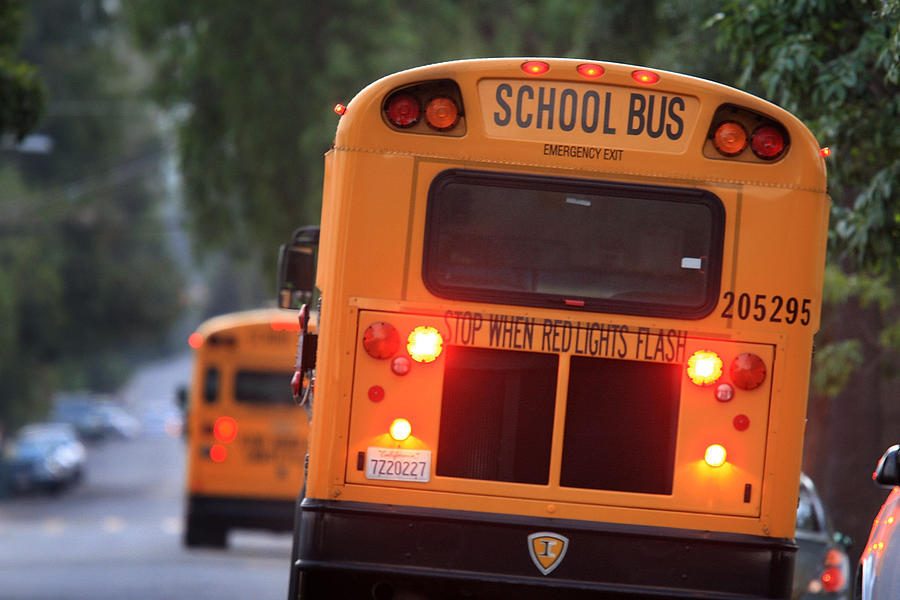 PASADENA, CA - OCTOBER 10: School buses drive down teh road to pick up children before classes begin on October 10, 2008 in Pasadena, California. California State Treasurer Bill Lockyer has warned that California cash revenues will run out by the end of the month. If that happens, 5,000 California cities, counties, and school districts will face job layoffs and payments for law enforcement agencies, nursing homes, teachers, and other services and government entities could be suspended. A worldwide credit crunch threatens to derail state plans for a routine 7 billion dollar loan to even out the tax flow into the state treasury. Just two weeks after state lawmakers came to agreement, after months of haggling on a record-overdue state budget, California Gov. Arnold Schwarzenegger is warning of future cuts to the state budget to deal with skyrocketing financial problems. A frozen credit market and revenues for the first quarter of the fiscal year that fell more than a billion dollars short of previous projections are causing the governor and state legislative leaders scrabbling to deal with a new budget mess. (Photo by David McNew/Getty Images)