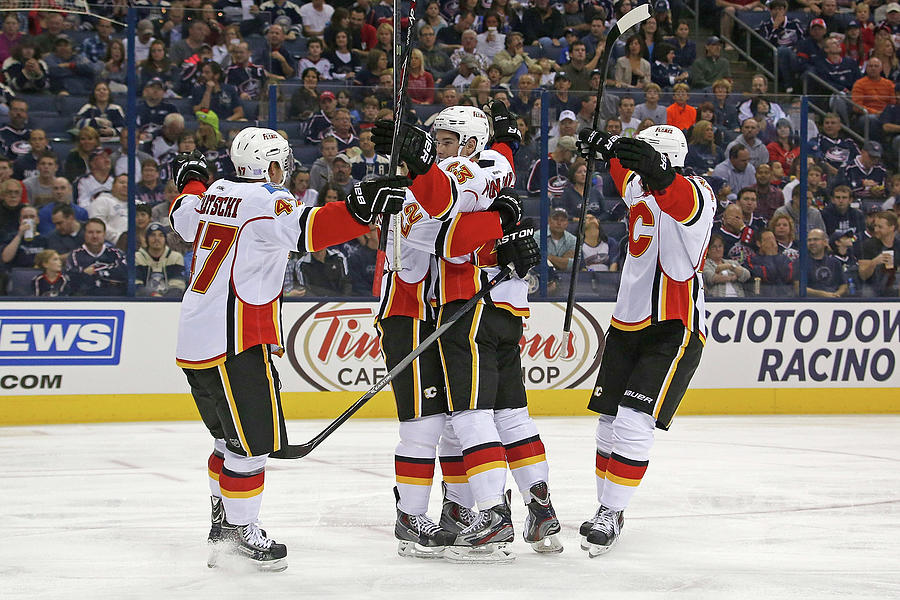 COLUMBUS, OH - OCTOBER 4: Sean Monahan #23 of the Calgary Flames is congratulated by his teammates after scoring a goal during the first period against the Columbus Blue Jackets on October 4, 2013 at Nationwide Arena in Columbus, Ohio. (Photo by Kirk Irwin/Getty Images)