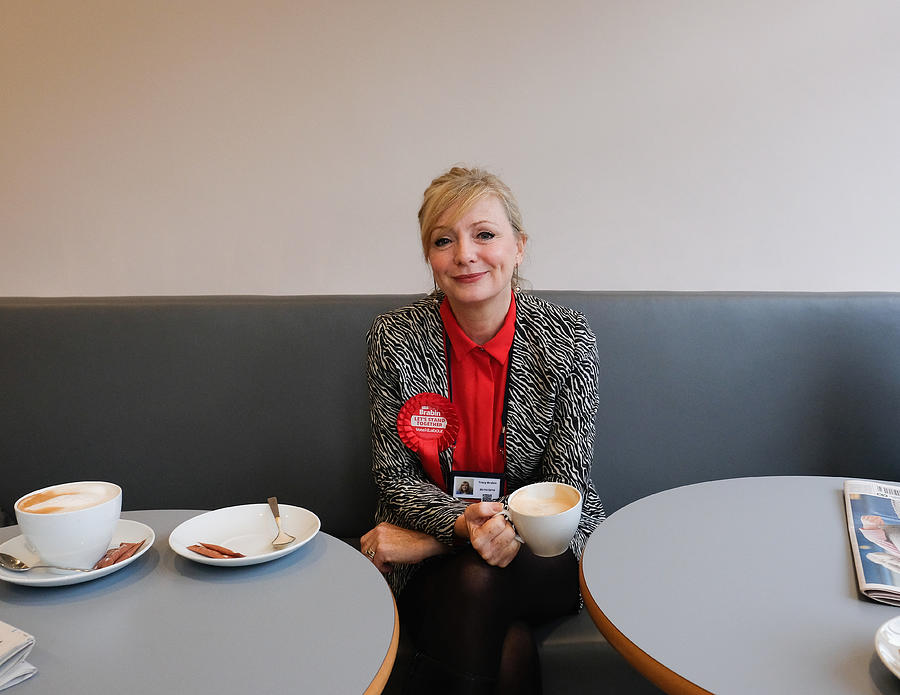 By-election Takes Place In The Constituency Of Batley And Spen

By-election Takes Place In The Constituency Of Batley And Spen

BATLEY, ENGLAND - OCTOBER 20: Labour party candidate Tracy Brabin sits with a coffee in a cafe in Batley following early morning canvassing as voting gets underway in the Batley and Spen by-election on October 20, 2016 in Batley, United Kingdom. The by-election in the Batley and Spen constituency was prompted by the death of Labour MP Jo Cox, who was shot and stabbed in Birstall, West Yorkshire on June 16. Mrs Cox won the seat with a 6,057 majority in 2015. Former actor Tracy Brabin has been selected as the Labour candidate in the by-election with other main parties not contending the seat out of respect to Mrs Cox. (Photo by Ian Forsyth/Getty Images)