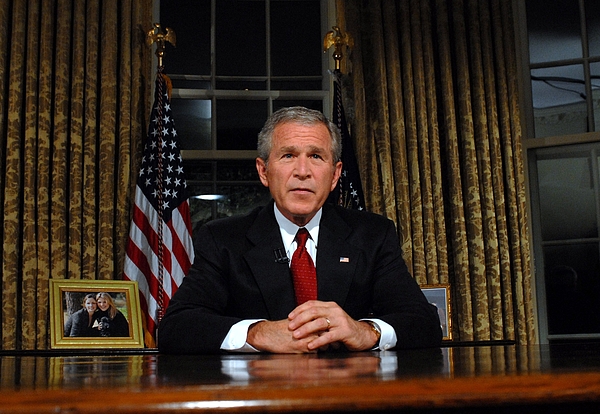 WASHINGTON - SEPTEMBER 11: (AFP OUT) U.S. President George W. Bush sits at his desk in the Oval Office of the White House after addressing the nation on the anniversary of the 2001 terrorist attacks September 11, 2006 in Washington, DC. It's been five years since terrorists seized four airliners in flight, crashing two in the World Trade Center in New York, one into the Pentagon in Arlington, Virginia and one into a field in Shanksville, Pennsylvania. (Photo by Roger L. Wollenberg-Pool/Getty Images)