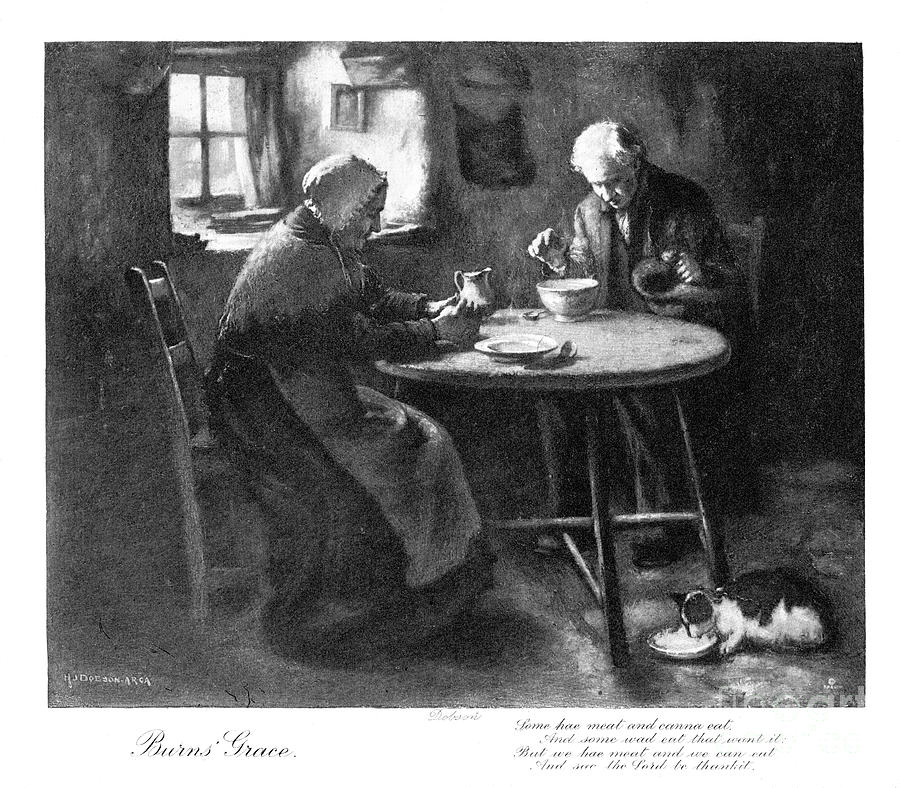 'Burns' Grace', late 19th century. Grace thought by some to have been written by Robert Burns (1759-1796), but which was possibly already in use before his time: Some hae meat and canna eat, And some wad eat that want it; But we hae meat, and we can eat, And sae the Lord be thankit. (Some have meat that cannot eat, And some would eat that want for it; But we have meat, and we can eat, So let the Lord be thanked for it). (Photo by The Print Collector/Print Collector/Getty Images)