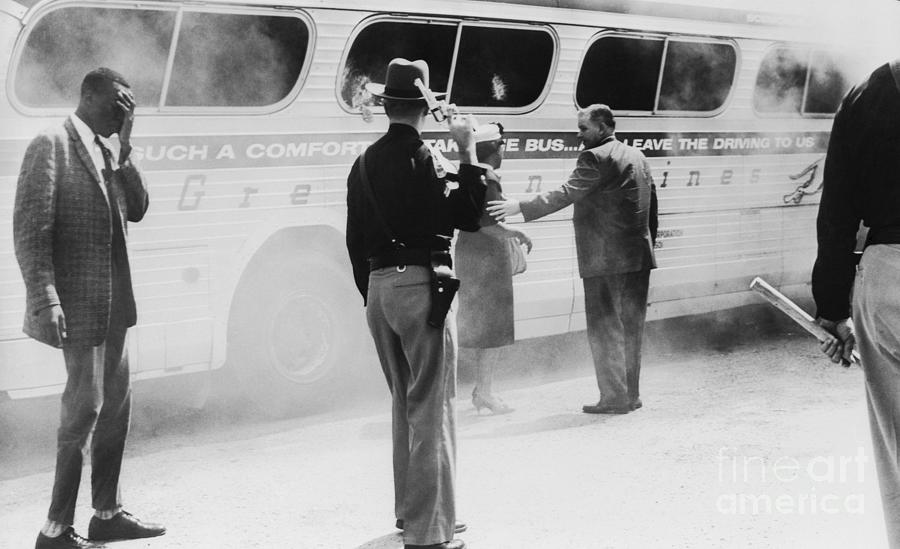 State highway patrolmen stand guard over burning Greyhound bus with clubs and drawn guns, May 14, 1961, after a mob of white supremiscists attacked it. African American and Caucasian "Freedom Riders" were aboard the bus seeking to check segregation policies in inter-state bus terminals. The passengers were taken to a hospital where they were treated for smoke inhalation. None were reported seriously injured.