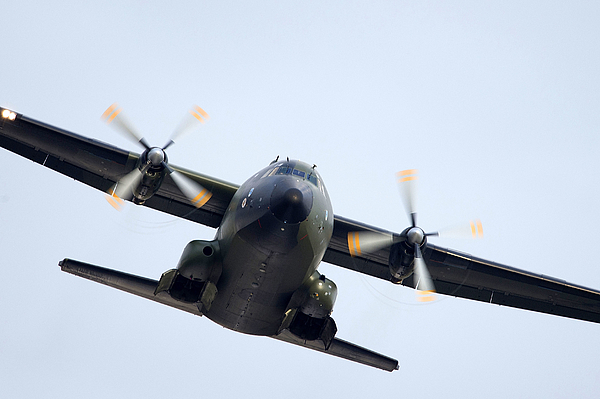 WUNSTORF - GERMANY - MARCH 07: A Transall C-160 of the Bundeswehr armed forces takes off from Wunstorf airbase on March 7, 2015 in Wunstorf, Germany. The Transall C-160 was developed and introduced in the early 1960's and played an important role for German forces in the Afghanistan war. The German Defense Ministry is seeking to replace the Transall with the Airbus A400M, though technical problems and cost overruns are delaying delivery and straining budgets. The German military is currently facing a series of setbacks in deliveries of new weapons systems, including the A400M and the NH90 helicopter. (Photo by Alexander Koerner/Getty Images)