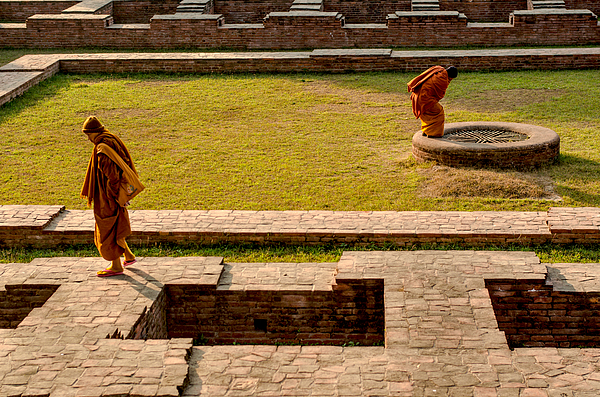 Buddhist monks visiting at Sarnath ruins near Varanasi, Uttar Pradesh, Northern India on 26th December 2015. Varanasi is a city in India which lies on the banks of the Ganges River. It draws Hindu pilgrims from all parts of India who come to bathe in the river, which is a dedication to the Hindu God Shiva.