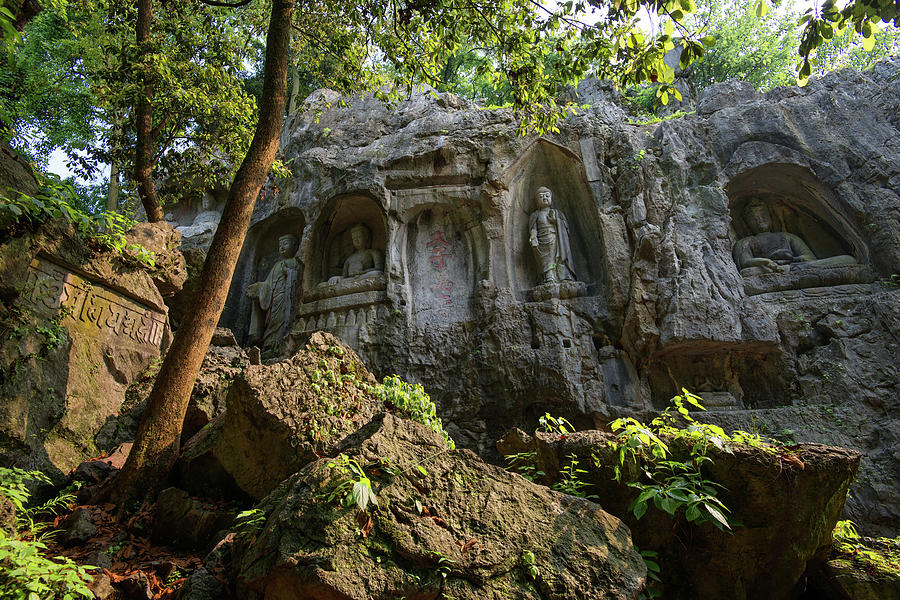 Ling2yin4 Monastery, Hangzhou is a Buddhist temple of the Chan sect located north-west of Hangzhou, Zhejiang Province, People's Republic of China. The temple's name is commonly literally translated as Temple of the Soul's Retreat. It is one of the largest and wealthiest Buddhist temples in China, and contains numerous pagodas and Budddhist grottoes.The monastery is the largest of several temples in the Wulin Mountains, which also features a large number of grottos and religious rock carvings, the most famous of which is the Feilai Feng literally "the peak that flew hither.