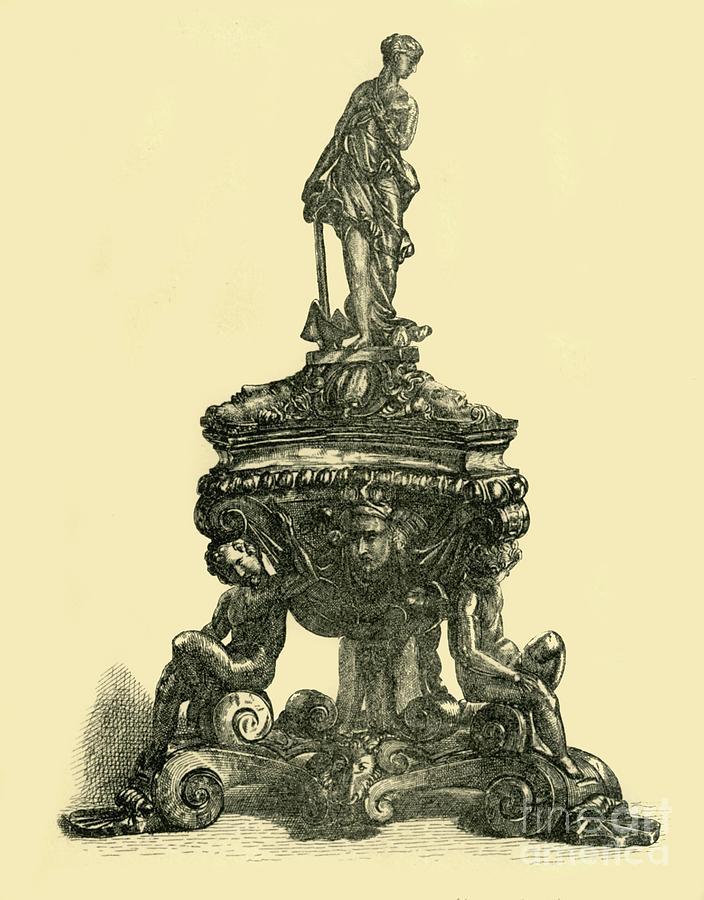 Bronze inkstand, mid-late 16th century, (1881). Etching of an inkstand, made in Venice in the second half of the 16th century, in the style of Tiziano Aspetti. Three cupids support the body. The cover is surmounted by a female figure, (Hope), holding an anchor. From "The South Kensington Museum", a book of engraved illustrations, with descriptions, of the works of art in the collection of the Victoria & Albert Museum in London (formerly known as the South Kensington Museum). [Sampson Low, Marston, Searle and Rivington, London, 1881]. Artist W. W. McCarty. (Photo by The Print Collector via Getty Images)