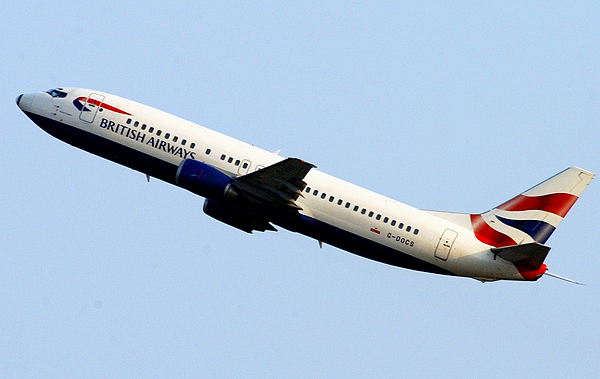 LONDON - JULY 29: A British Airways jet takes off from Heathrow Airport on July 29, 2002, in London, England. First quarter results from British Airways PLC are due to be announced on August 2, 2002 after warning of a difficult financial year. (Photo by John Li / Getty Images)